Please read my comments about Prop. A and why I believe this is an important step for our City.

This November, Houston voters will decide between a fiscally prudent path or one that guarantees financial calamity and higher taxes for everyone. While good people may disagree on a final pension solution, we can all agree that we must begin now to reduce the current $8 billion in unfunded pension liabilities and limit future taxpayer exposure.

Houston voters can begin to reduce the city’s high-cost debt and shore up the pension funds by voting for Prop. A, the Pension Obligation Bond. Currently, taxpayers are charged 8% interest on the $1 billion which the City of Houston borrowed from the police and municipal workers retirement funds (by not making its contributions). This debt leaves the funds dangerously underfunded and costs us taxpayers millions in unnecessary interest charges.

Passing Prop. A, is good for taxpayers. Here’s why:
• Unlike the other bonds, Prop A does not saddle the City with additional debt.
• Passing Prop. A will refinance existing debt at a much lower interest rate, potentially saving taxpayers hundreds of millions of dollars over the next 30 years.
• In return for passing Prop. A, taxpayers receive an additional $2.5 billion in agreed upon benefit reductions.

If voters reject Prop. A, we taxpayers will lose the $2.5 Billion in savings from the agreed upon concessions. What’s more, we taxpayers will also continue to pay higher interest rates and the city pension crisis will worsen to the point where we will be forced to pay more and higher taxes, leaving us and our city poorer each year.

To put it plainly, would you continue to pay 8% interest on your house or car if you had the ability to refinance at a much lower interest rate? I wouldn’t.

As someone who has consistently advocated and fought for returning control of the pensions to local governments, I can assure you that it is much easier to design the perfect fix than it is to garner the necessary support to make the perfect piece of legislation the law.

Lt. Governor Dan Patrick showed tremendous leadership by getting the multitude of parties to come to a baseline agreement that put taxpayers and retirees first. My friend, Senator Joan Huffman worked extremely hard to craft a bill that ALL sides could agree upon. Joan’s bill goes further than any previous pension bill. It ensures that our City employees and first responders will indeed get the pensions they have earned. It also gives taxpayers a seat at the table. That seat is our ability to vote for Prop. A which was championed by Senator Paul Bettencourt along with an overwhelming majority of our colleagues in the legislature.

The process of fixing Houston’s pension mess begins with you and all of us voting for Prop. A.

It is an honor to serve you, 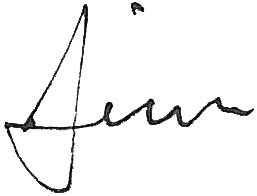